This week we would like to share with you the only copy of The Sumnambulo that has survived at the National Archives. This was a weekly newspaper published and printed in Charlestown, Nevis. The name of the paper means “sleepwalker.” Why it was chosen is anybody’s guess. Perhaps it was meant to indicate that Nevis was a quiet place. The paper was edited by T E Archibald and published by R Nathaniel Cox. It lacks an editorial, which makes it more of an advertising sheet except for the foreign news.

This particular issue of The Sumnambulo is number 15 of volume 2 which suggests that a number of other issues had preceded it. There could be a number of reasons why these are not available in the National Archives. Nevis has always had its own registry and archives. This could also be a reason why some publications that appeared there, did not make their way into the St. Kitts archives. However in 1883 the two islands were under one administration and a copy of the publication was actually submitted to the registrar in St. Kitts. Since this constitutional arrangement was put in place in 1880, so more Nevis publications should be in the National Archives in Basseterre.

On the other hand, newsprint is not meant to last. The quality of the paper is usually the cheapest available and is only meant to be read and then disposed of. We see this in the crumbling pages of newspapers that were published as late as the 20th Century.

For us in archives, it is a big headache because newspapers are a source of historical information. Even with a paper that consists mostly of advertisements, one cans see what was available on island and what people were interested in purchasing. Sometimes one can find insights into the standards of of education, health and medicine of the time. The Sumnambulo even gives us hints as to how people managed their financial affairs and suggests a prominence of the De Grasse family in the economic affairs of the island. 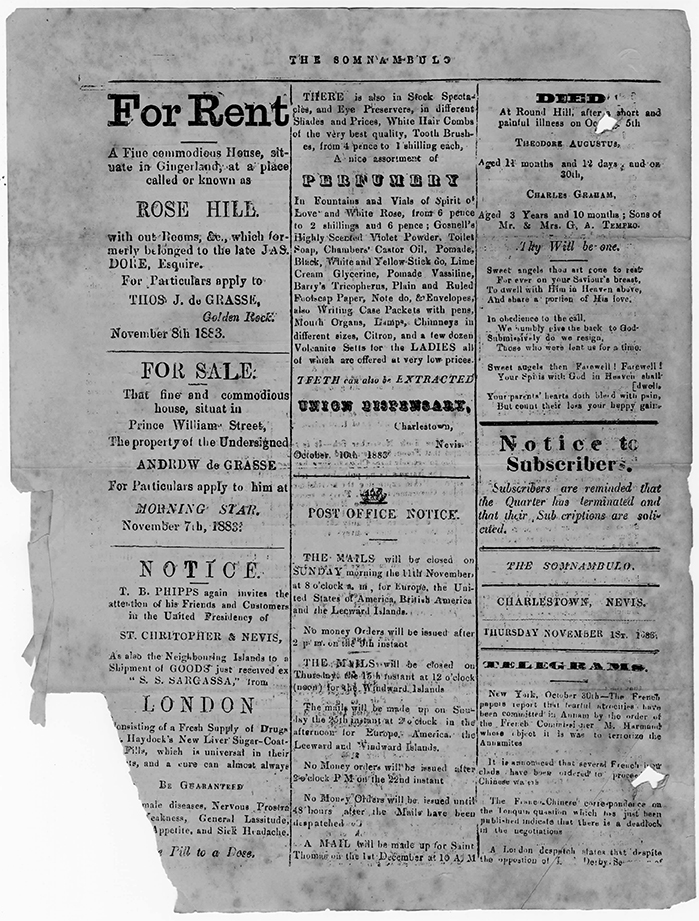 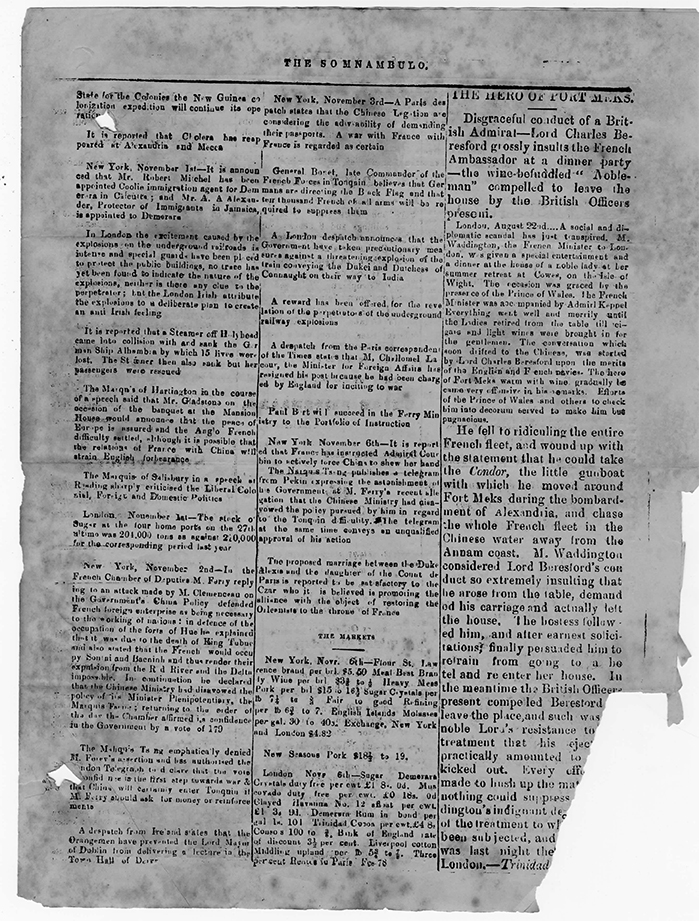 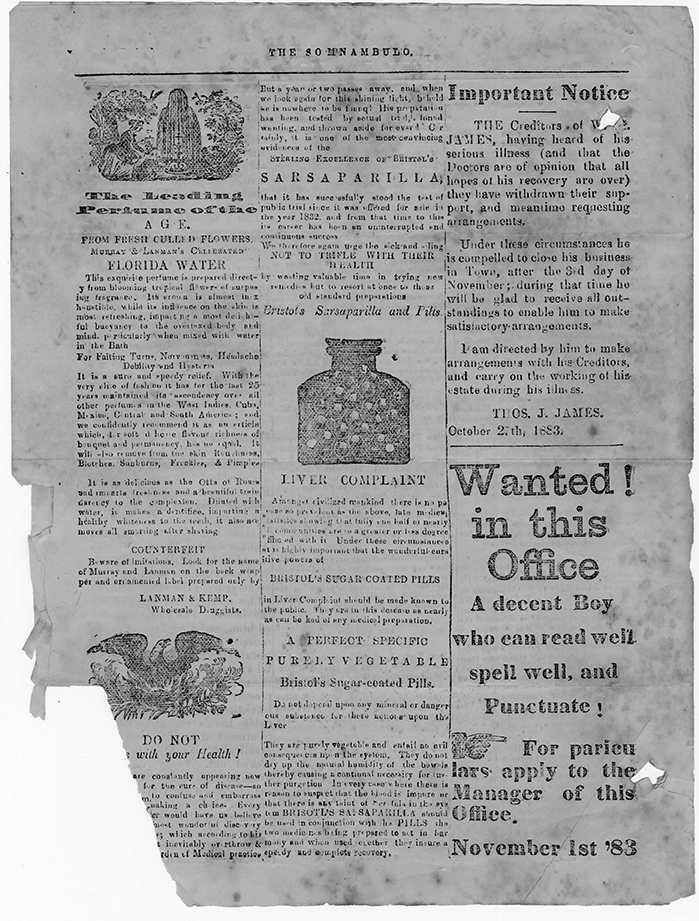