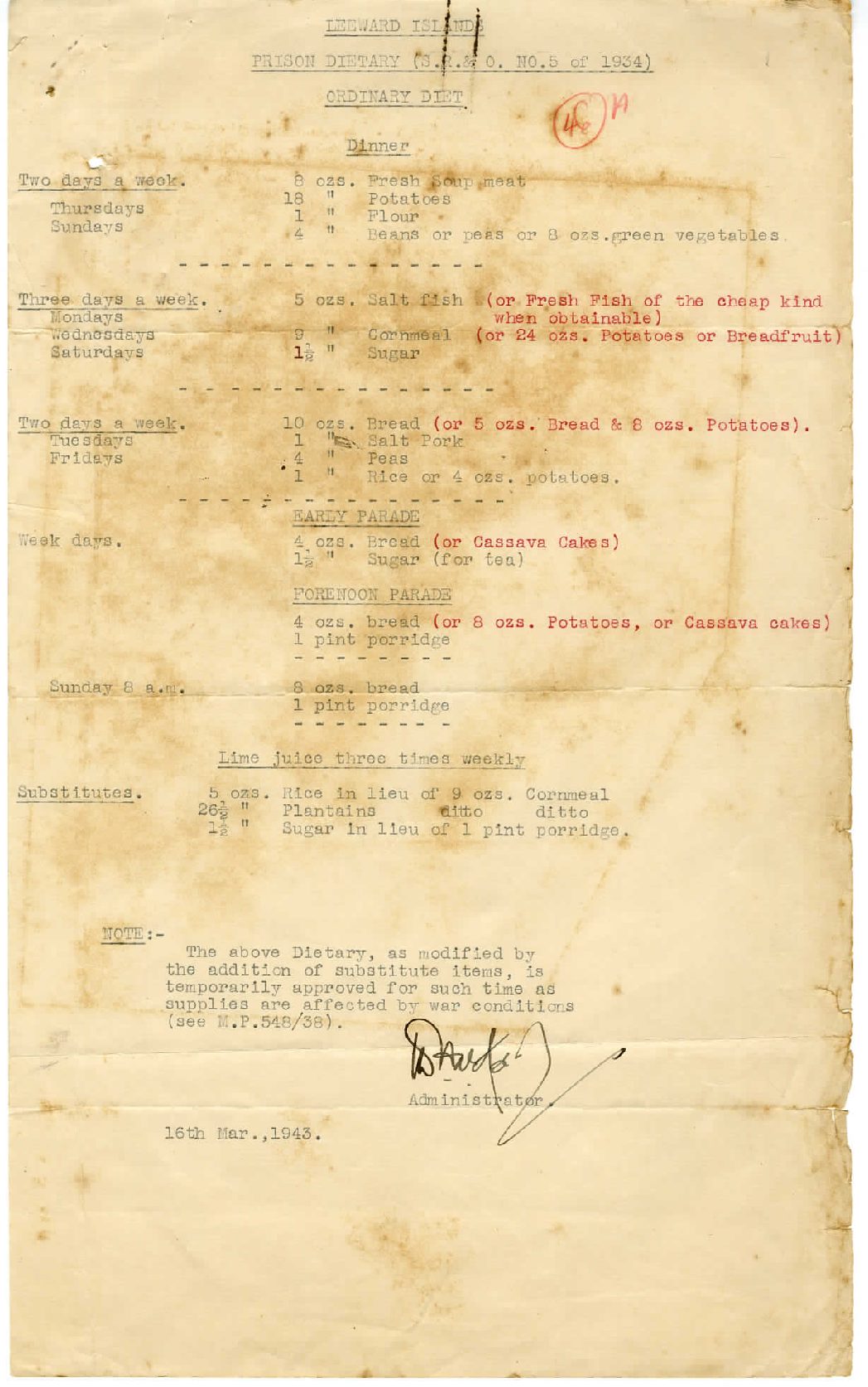 During a visit of the Justices to the prison, in 1939, the officer in charge of discipline told the prisoners who were on parade that if they had any complaints they could express them at that time.  Prisoner Joseph Morton stepped forward and said that the rations provided for the men doing hard labour were insufficient. These rations consisted of 4 ounces of bread and one and half ounces of sugar at 6 am and again at 10.30 am and were laid down in the Prison Regulations of the Leeward Islands.  The Justices recommended that the bread allowance should be increased by 2 ounces and that the sugar allowance should be doubled.

The matter was discussed with the Senior Medical Officer and with the Prison Medical Officer who suggested that a better alternative was to replace the bread and sugar with bread and porridge.  As a temporary measure, until the matter could be put before the Governor-in-Council, the Administrator approved the provision of a pint of porridge with the mid-morning meal on working days for male prisoners sentenced to hard labour.  Senior Medical Officer Thomson had this to say ” there is much talk nowadays of calories and vitamin contents of dietaries but the real criterion of a diet still remains the effect it has on those to whom it is supplied. A sufficient and satisfactory diet maintains those taking it in good health and at the normal weight for their height.  Where the diet of an institution, particularly of a prison where those in it are working, is insufficient, the fact is plainly demonstrated by an increased incidence of disease, an incidence greater than that among the general population, and by loss of weight.”

During the war, the diet at the prison was revised to take into account the food shortages.  In particular bread was often replaced by potatoes and cassava, and salt fish by “fresh fish of the cheap kind.”