St. Christopher      In the Court of Sessions

To which indictment William Moore one of the above named defendants appeared and pleaded Not Guilty and prayed leave of the Court to travers the same till the next session to be held for this island in January next which was granted upon his entering into the following recognizance Himself the sum of £100 current money with the surety in the sum of £50  whereupon came the said William Moore and acknowledged himself to be indebted unto our sovereign Lord and King in the sum of ……….£100 and Samuel Gould as surety of the said William Moore £50 to be levied in their several goods and chattles lands and tenements for the use of His Majesty his heirs and successors on condition that the said William Moore shall personally be and appear at the next court of Sessions to be held in and for the said island in the month of January next then and there to try the travers of the foregoing indictment and not to depart this court without leave.

Joseph Adlam Junior one of the defendants named in the foregoing indictment being duly called and not appearing to plead to the same Mr. Solicitor General moved the Court that a Bench warrant do issue against him which was ordered accordingly

A duel is an arranged engagement between two individuals using matched weapons. They followed very well defined rules. The weapon of choice in the 17th and 18th century was the sword or rapier.  By the late 18th century pistols started being used.  Duels were fought to restore honour when a man, usually from the upper class, felt slighted by another’s words or actions.  This record, documents such an event in St. Kitts.  However we are not told what the provocation was about.  The court appearance was for incitement to duel. 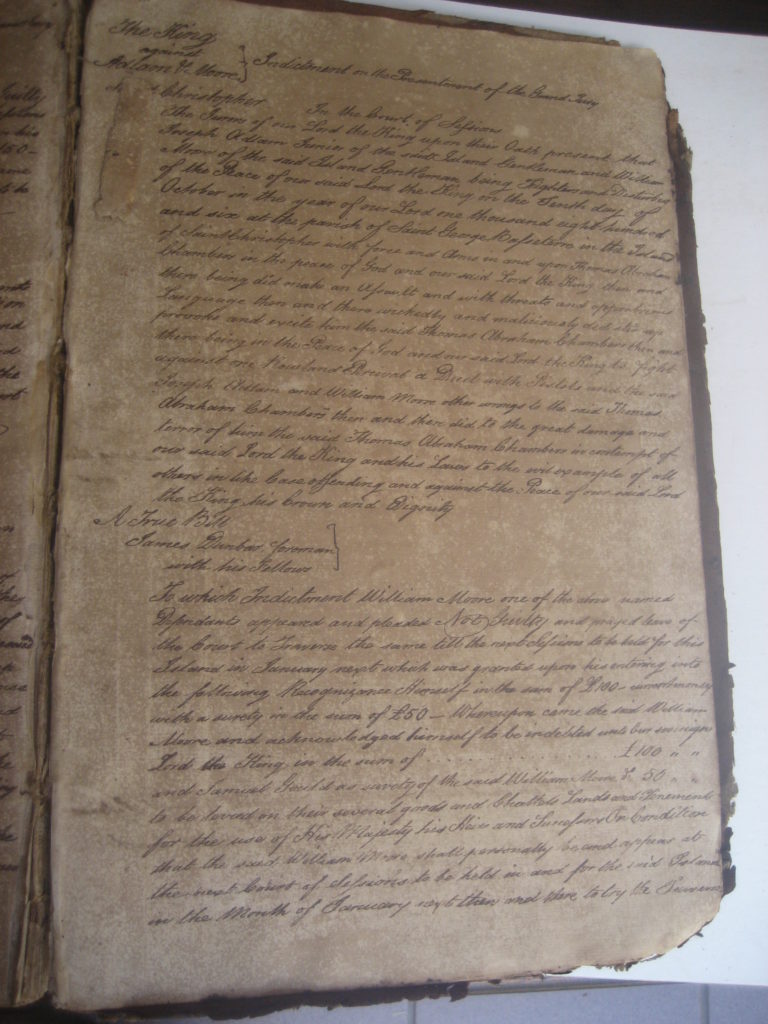