This map produced by surveyor William McMahon and published in 1828 by Edward Stanford of Charing Cross, London, is the most detailed map of St. Kitts ever produced. It shows, the mountains
and numerous rivers and ghauts that score its land scape. It also shows the towns and villages of the island, several roadways and especially, a slightly different island main road that facilitated the transportation of sugar from the estates to the ports for export. McMahon also went a step further by delineating the acreage of the various plantations on St. Kitts, their sugar works and estate houses and locations of the villages of the enslaved. The map was extremely useful when the Sugar Factory decided to lay a railway track to Sandy Point in 1923 and around the rest of the island in 1925. It was, once again very useful when Government embarked on the Acquisition of the sugar lands in 1975.

The map was presented to His Excellency Dr Kevin Isaac, High Commissioner for St. Kitts and Nevis to the United Kingdom in March 2019 by representatives of Booker Agriculture International. In the
months that followed, Dr Isaac worked with the National Archives to facilitate the conservation of the map. The work on the map, conducted by conservator Anne Bancroft in London, was made possible through the funds sourced for conservation of archival material by His Excellency Sir Tapley Seaton, Governor General of St. Kitts and Nevis through SIDF. The National Archives would like to thank all
persons involved in the acquisition and conservation of this valuable artifact. 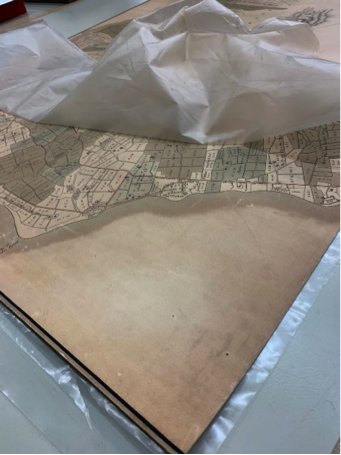 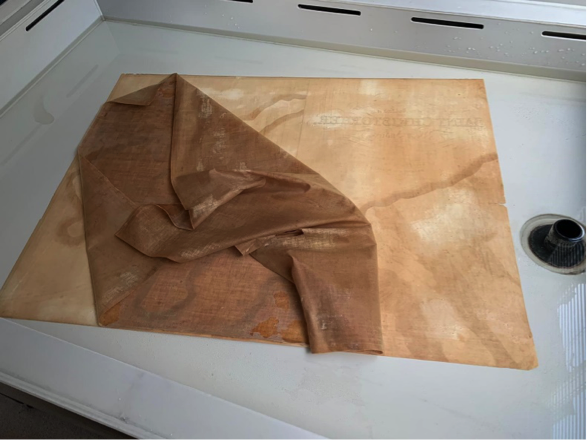 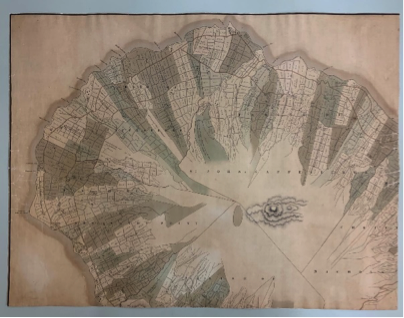 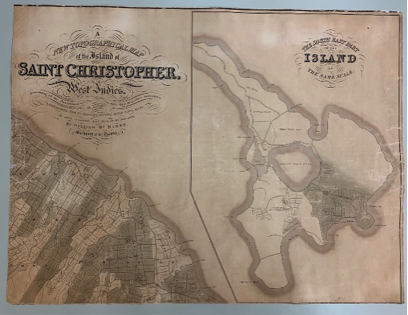 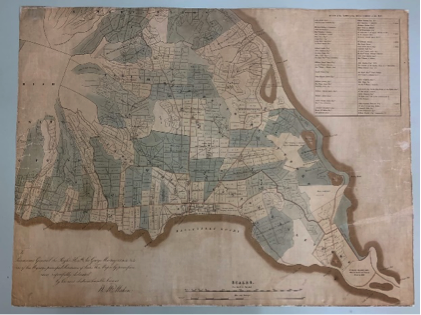 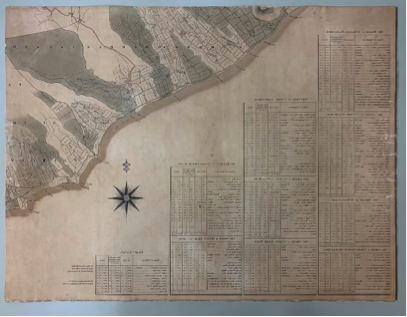