The Second World War and the post-war recovery in Europe, encouraged by American investment,  made that continent an attractive place for migration from  the West Indies. In Britain, the need for men in the armed forces and  the Merchant Navy quickly caused serious labour shortages. Women, young people and Irish workers were the first recruits to fill the gaps left by the men who went to war.   But this was not enough.  Workers from the colonies were therefore recruited and taken to Britain.  Others went voluntarily. Ten thousand West Indians were recruited to serve as ground crews for the Royal Air Force  in Britain. Thousands of others were recruited to serve as seamen in the Merchant Navy. Many of these were based at British ports.

Our photograph was taken by a publicity agency in England some time after 1941.  The note on the back of it identifies the two men as George Hicks of College Street (left) and Hynton Shoy of Nevis Street.  The two men made their way to the UK sometime during the war.  The poster behind them is a war poster first published in 1941 and encouraged port workers to stop talking about shipping as the information could reach enemy ears.  It was an appropriate warning for a place like Liverpool where this photograph was taken.   The lady serving them was a Mrs. Beamish originally from the East Coast of Demerara. 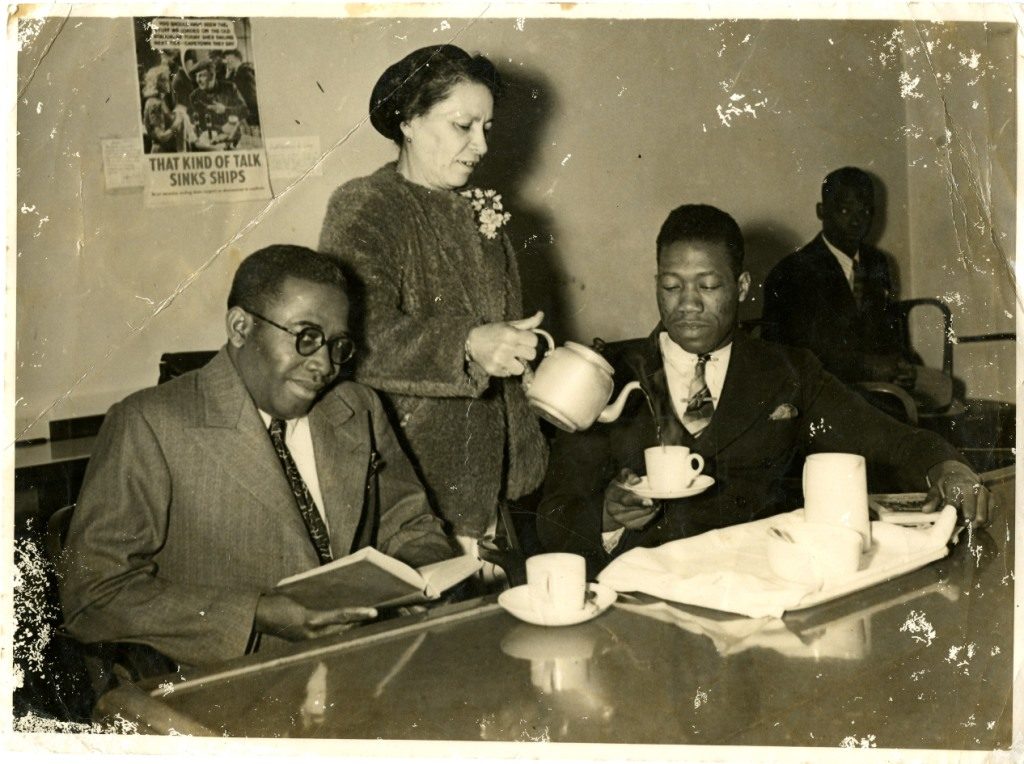