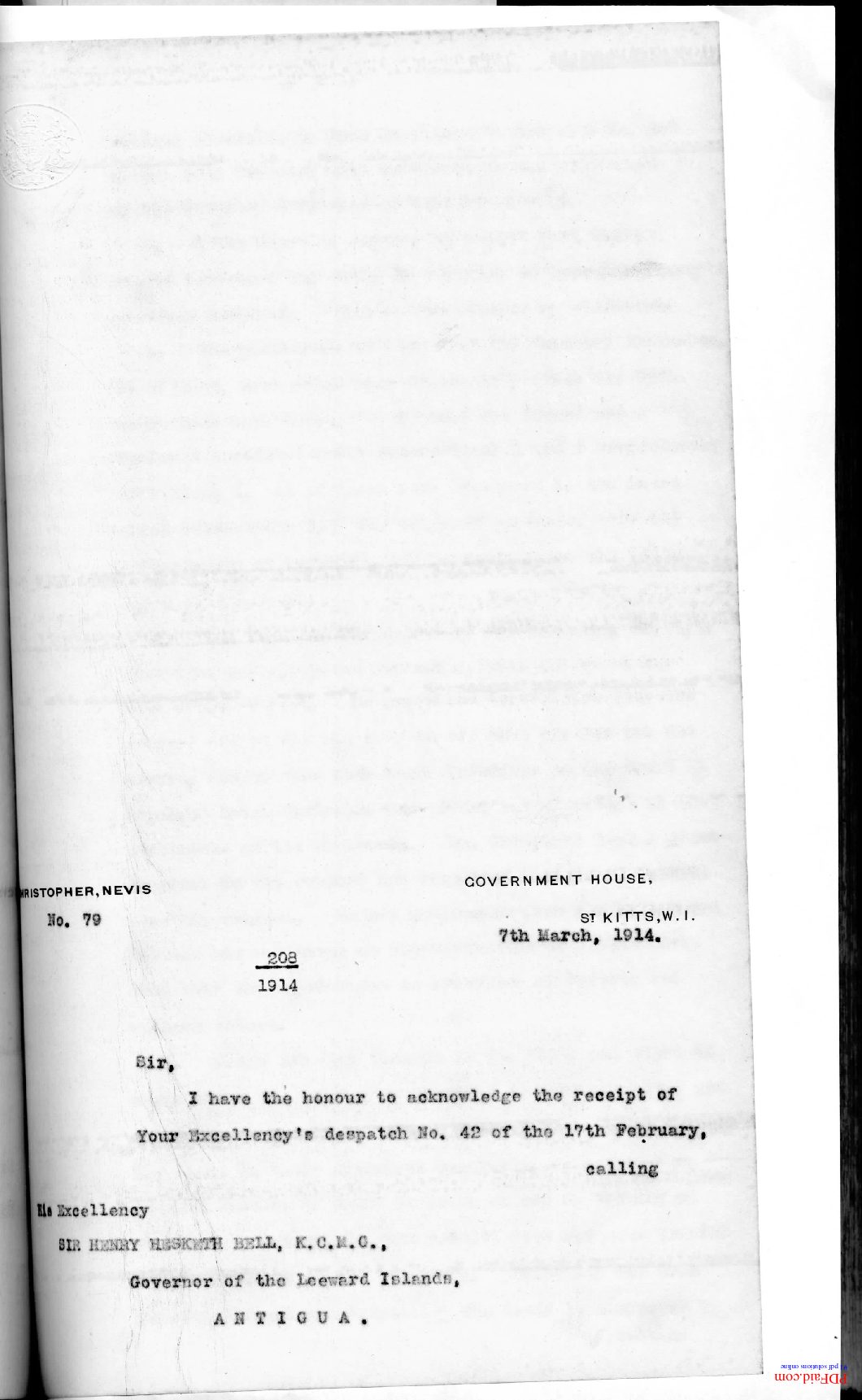 We came across this document after History and Heritage month had come to a close.  The theme this year was “Our Plant Heritage.”  Because this document deals with the topic, we decided to share it anyway.  We also want to show that even scientists can find material in archives.

The letter is from the Administrator in St. Kitts to the Governor in Antigua and explains how the Forestry Ordinance was working. The Forestry Ordinance No. 10 of 1903 was passed because deforestation was becoming a threat to property especially when there was flooding.  It prohibited the clearing of forested land to establish cane fields and pastures.  The felling of trees was to be carried out only if a permit was obtained.  There were significant exemptions which included timber felled on sugar estates for use in that estate’s  sugar processing, or for the construction of works, laborers’ huts  vehicles and embankments on the estates on which the timber was growing or for domestic use on the same estate..  The burning of wood for charcoal was to be regulated by permits.  The Legislative Council could authorize the reforestation on any estate in which case plans and estimates had to be provided.  Land owners could appeal if this action was considered injurious to the workings of the estate.  If a reforestation project was to be carried out the owners were to do the work and then ask to be reimbursed.

In the 18th and 19th centuries, all land on St. Kitts became part of estates except for the higher elevations of Mt Liamuiga.  The forests had therefore receded far inland.  The law said that the Council could insist on reforestation of certain areas but the Council consisted mostly of planters and their merchant allies.  Not surprisingly therefore proactive measures were not taken to correct the situation.  Instead the Forestry Board concentrated on preventing further deforestation by the ordinary men and women who made charcoal to help their family make ends meet.  The letter identified the Basseterre Sugar Factory as a threat, because of its need for fuel, but the Administrator stopped short of calling it so.

One cannot help notice the reluctance to spend money in correcting the environmental problems.  The Protector of Forests and the Clerk to the board did not receive a salary specific to this job, and the replanting as prescribed by law was not likely to start unless the Governor insisted on it.