We are sending out our gem early this week. We do not want to get so absorbed in the season’s festivities that we forget to share one with you.

And the one we have chosen is quite appropriate in that it shows one of the earliest carnival troupes. We are not one hundred per cent sure which one this is but we think it was The Ten Commandments which came out in 1958. Its inspiration was the film by the same name which had its premiere in 1956. The detailed costuming was amazing and could have come straight off the set of the film.

A merry and safe Christmas to all. 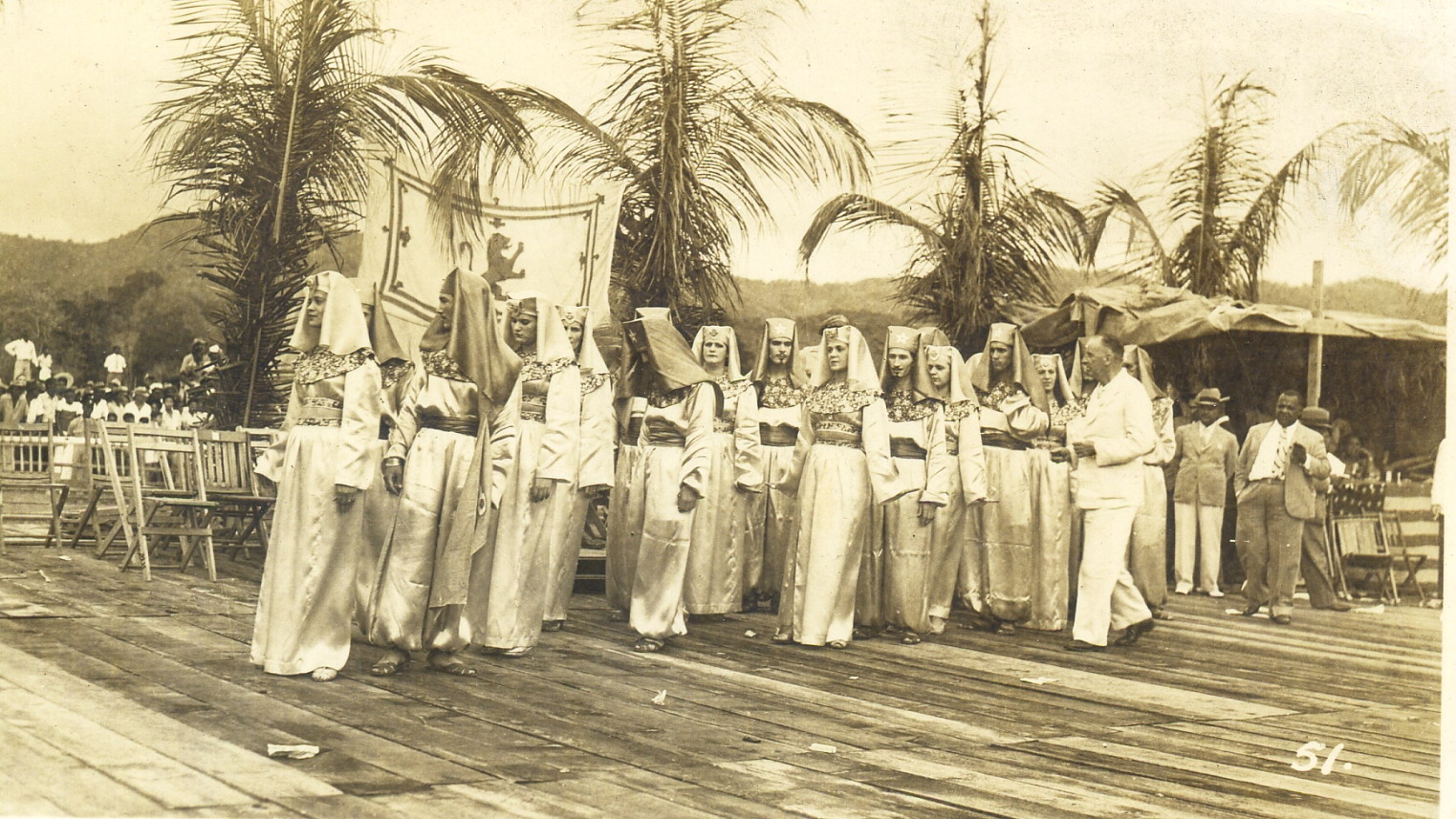