Tomorrow is the 31st anniversary of Independence in St. Kitts-Nevis. We would have been very happy to share with you the raising of the flag at Warner Park.  Unfortunately, that photograph has not made its way to the National Archives.  Instead we are sharing the next best thing –  the raising of the flag of the new state at the United Nations Secretariat in New York.  Clearly visible in the photograph are Prime Minister Simmonds and Minster Hyleger.  St. Kitts-Nevis became a member of that organisation on the 23 Sept 1983.

Happy Anniversary of Independence to everybody 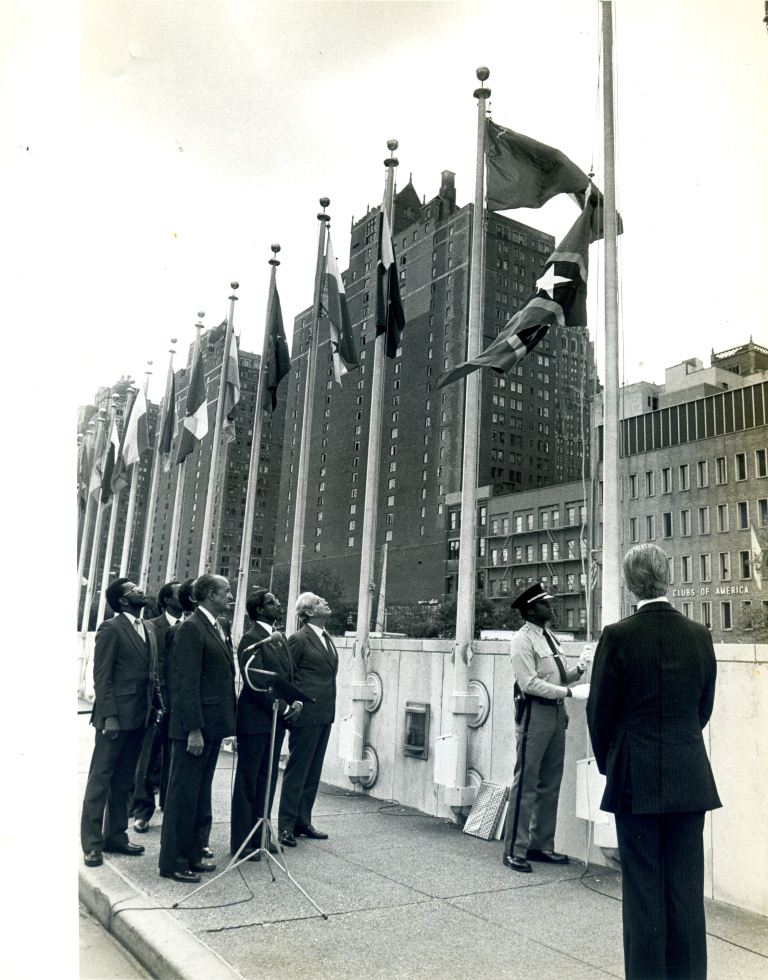