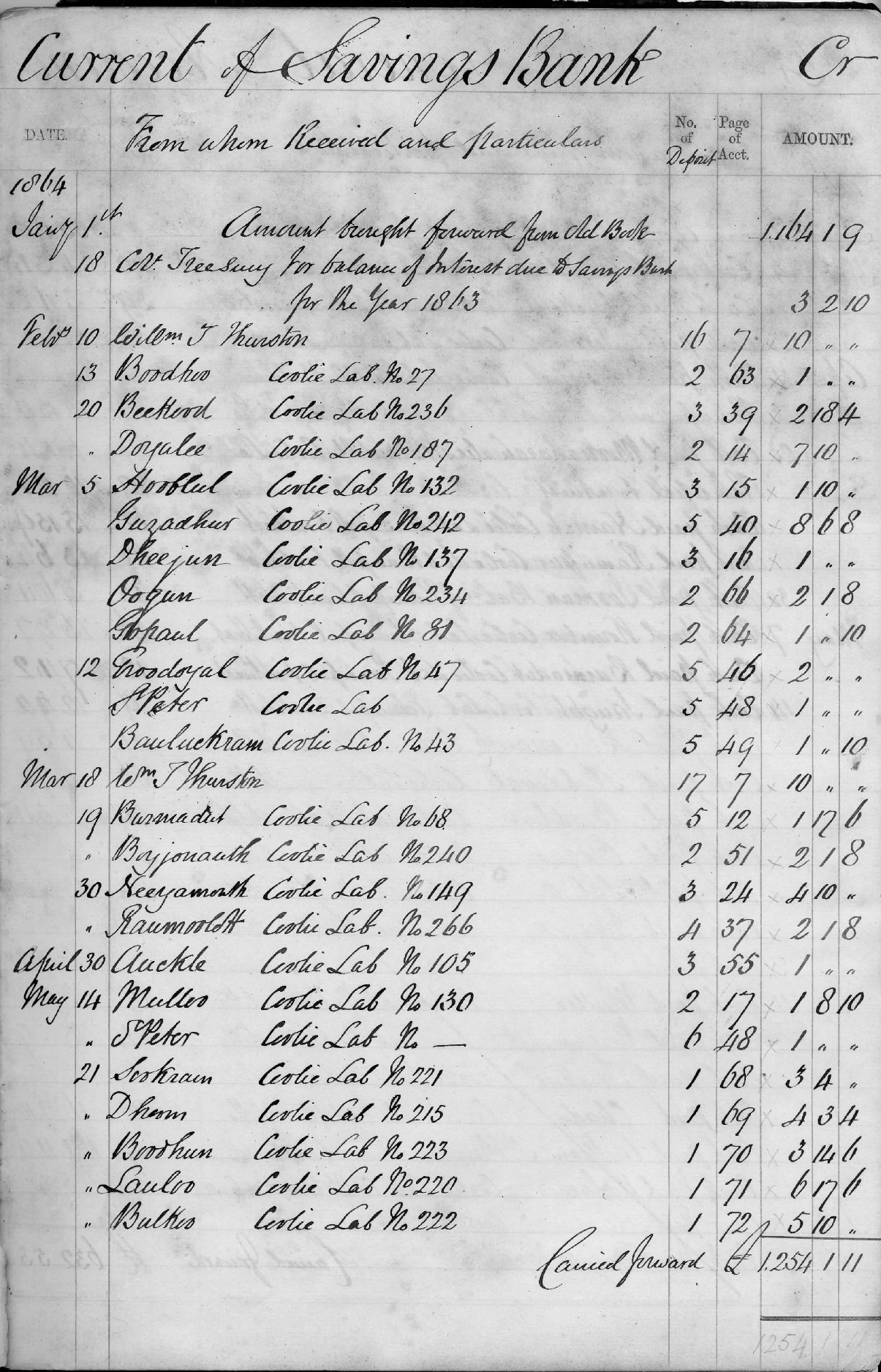 Today we share a page out of the records of the Savings Bank.  This Bank was created after Emancipation, probably in the early 1860s after attempts to organise self-help societies among the former enslaved had failed.  This page from 1865 shows that the depositors were William Thurston and a number of Indian indentured labourers who were identified by a number. The register of these Labourers was lost in the Court House fire of 1982 and this is all that has survived locally as evidence of their stay here.  This group was brought to St. Kitts in 1861 on the vessel Darmouth out of Calcutta.  It consisted of 186 men and 103 women 23 children between the ages of six and thirteen, and  25 children under the age of six.  They were distributed throughout the island with Helden and Dewar getting fourteen each and West Farm receiving 10. Much smaller numbers went to other estates.   Two were in hospital.  This information was published in the St. Christopher Advertiser of 1862.  We do not have a copy of this particular newspaper but we were able to acquire microfilms of the issues that have survived at the library of the American Antiquarian Society.  We know that this group of Indian indentured servants was the only one to be brought to St. Kitts.  In the 1880s a smaller group was brought to Nevis.  Several  groups of workers from Madeira arrived in St. Kitts over a number of years mostly in the vessel called Funcal.

This is a part of Kittitan and Nevisian history that requires further research.