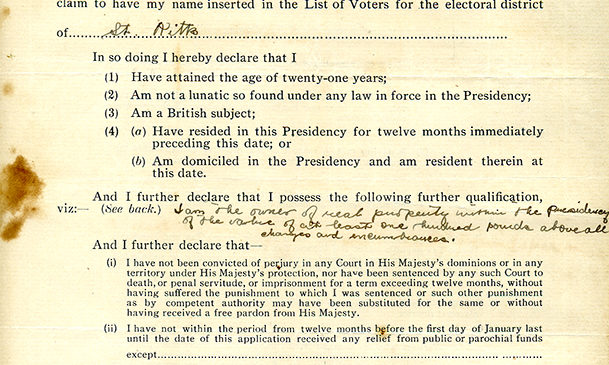 In 1937 the first election of the 20th century took place in St. Kitts, Nevis and Anguilla. It was also the first election since 1877 when the electorate was even more restricted. A person had to be able to read and sign their name as well as satisfy one of these conditions in order to be registered as a voter:

or ownership of real property valued at £100

or annual payment of direct taxes of 15 shillings.

Today we share the form filled by Albertine Francis, a seamstress from Dieppe Bay. She was one of 11 seamstresses who wanted to vote that year. Other women who were self-employed included shopkeepers, bakers, and a confectioner. At least two described themselves as peddlers. Among the professional women who registered there was a registrar of birth and deaths, a librarian, and two accountants. A number of women worked as teachers and as clerks either in businesses or in the civil service.