Blueprints of the Ornamental Iron Work

Three years ago, we received some blue prints that had been stored at Public Works Department. Later, just before the building that housed Development Bank and Physical Planning Unit (near GHQ) was demolished, we managed to rescue a large number of Architectural drawings and other material. Because of the size of these items we have not been able to do much with them. We did manage to put some in our flat files, some are on open shelves and others are still rolled up in large bundles until such time as we have space to work on them. This week however we decided to try and arrange the material in the flat files in a way that will make it easier to retrieve.

While doing this we came across four blueprints. A blueprint reproduced a technical drawing  using a contact print process on light-sensitive sheets. This made possible the accurate and rapid reproduction of multiple copies of any one drawing. The process was invented by Sir John Herschel and came into use in 1842.  The blueprint process reproduces construction drawings in white lines on a blue background.

Three of the drawings we found were of a mechanical nature showing large pieces of machinery which we suspect had to do with generating electricity.  The fourth blueprint had intricate designs on it that we recognized right away as fret work for a building. When we lifted the other prints from on top of it, we saw that these were the ornamental iron work of the Old Treasury Building, now the National Museum.  The foundations stone of the Treasury Building was laid in 1894.  Construction took longer than expected and was well over budget.  To read about its genesis visit https://www.historicstkitts.kn/places/the-national-museum.  The blue print is undated, but it can safely be assumed that it was produced while the building was under construction. To date, this drawing seems to be the only sheet of the original architectural drawings of the Treasury Building to have survived. 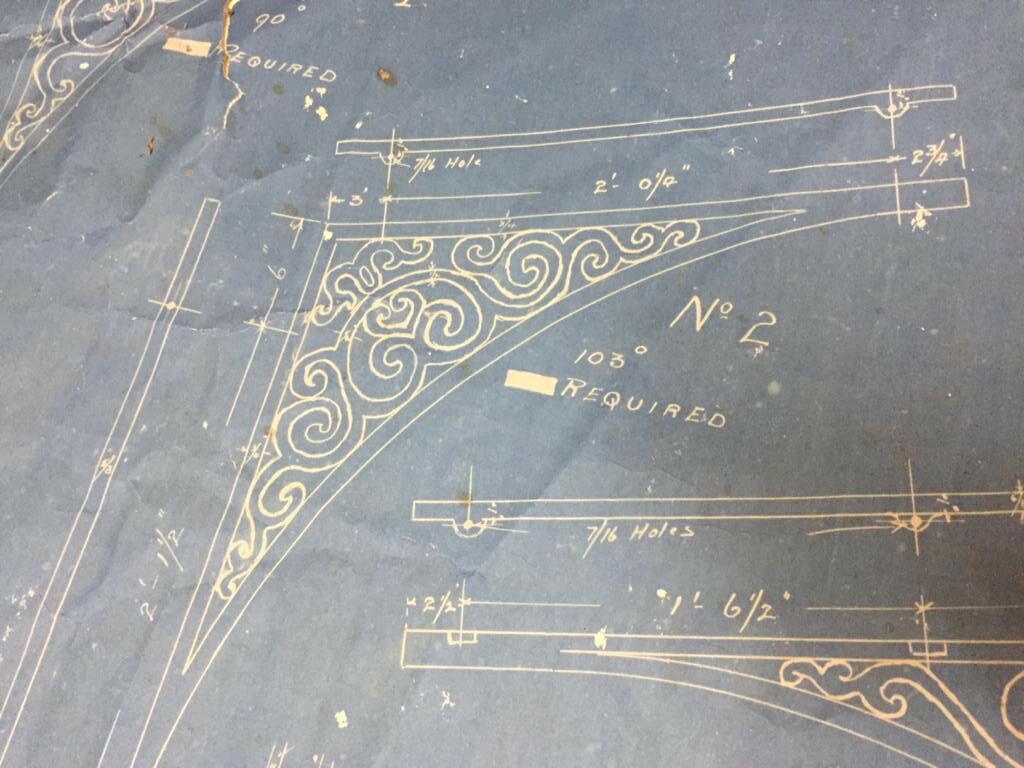 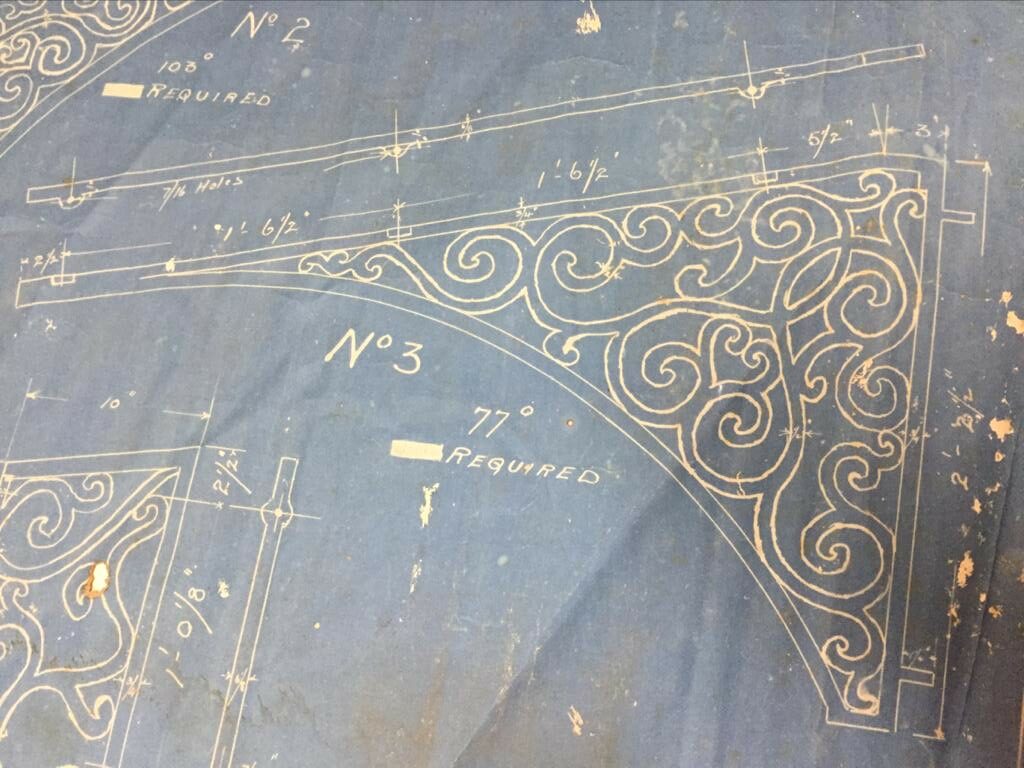