It’s the first week of September and the beginning of our Independence Anniversary Celebrations.  In 1976 Deputy Premier C A Paul Southwell lead a delegation to London for the start of discussions on the independence for St. Kitts, Nevis and Anguilla though it had been ten years since Anguilla had opted for a different path for itself. Our image shows the Deputy Premier  and Minister St. John Payne ready for travel  while Goldwyn Caines interviewed Premier Bradshaw who was not accompanying the delegation.  The Labour Party had just won an election with a manifesto that included the seeking of Independence so it is very intriguing that the Premier did not take the lead in this. 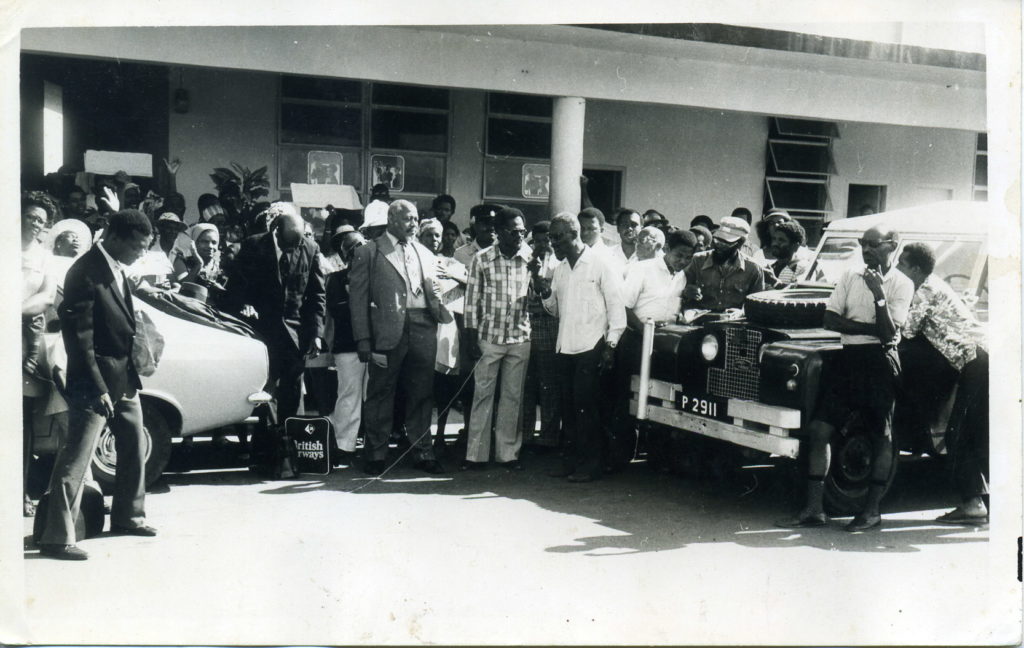