Our item for today is a blue print of a labourer’s hut designed in 1929. This was to be the beginning of what came to be called St. Johnston Village after the Administrator (later Governor) who had started the project. Compared to today’s house plans, it almost looks like the project was going to be about the building of doll’s houses. However this was actually a major improvement on the working class housing then available.
In 1928 St. Kitts experienced a hurricane which caused much destruction of what Administrator St. Johnston called “rotten and insanitary wooden huts in the slum areas of Basseterre.” At the time the government was already engaged in the opening of new streets through west Basseterre where these huts were so closely packed together that there were concerns over the risk of a fire wiping out the area and its inhabitants. The old rifle range at Trafalgar was to be used for the new development. The Legislative Council was aiming to provide for the building of forty concrete two-roomed houses at a cost of £60 each which were to be rented at four shillings per week and to become the occupier’s property within six years. Houses were to measure 18′ by 9′ and cost £40 for wood and £60 for concrete. Administrator St. Johnston explained that he preferred to make wooden houses available in the country districts where householders often had to move their tenements.
Applications were opened on the 23rd February 1929. Among the first to apply was Joseph Nathan who explained that he had land in Irish Town and that he would have liked assistance in building a house on it. A similar application came from Augusta Gumbs who had land in Lower Kings Ground. Stanley Procope, Benjamin Horsford (a tailor) Fredrick Nichols (a chauffeur), Floriman Richardson, John Ryan, Hilton Payne, Levi Thompson, J. Smithen (assistant linesman) James Farrell (labourer), George Ward, all applied to be considered for the hire purchase project. Some applicants asked for larger lots to include a kitchen, latrine, fencing and blind windows and doors. John E Benjamin offered his services as contractor. However as the aim was to keep costs low, the Public Works Department was given the task to build the the new houses. The collapse of the retaining wall at Challengers caused some delay as the mason was needed there. A bit of a controversy arose over Government’s intention of providing houses for lepers in the vicinity of this town extension. 28 cases had been discharged as cured and there were plans to house them in the neighborhood but close to the sea. The point was made that Lime Kiln was a favourite place for swimmers who would not like the fact that discharged lepers lived nearby. Eventually four model houses were built and offered to George Ward, Benjamin Horsford, James Farrell and Stanley Procope who were considered the most eligible applicants. 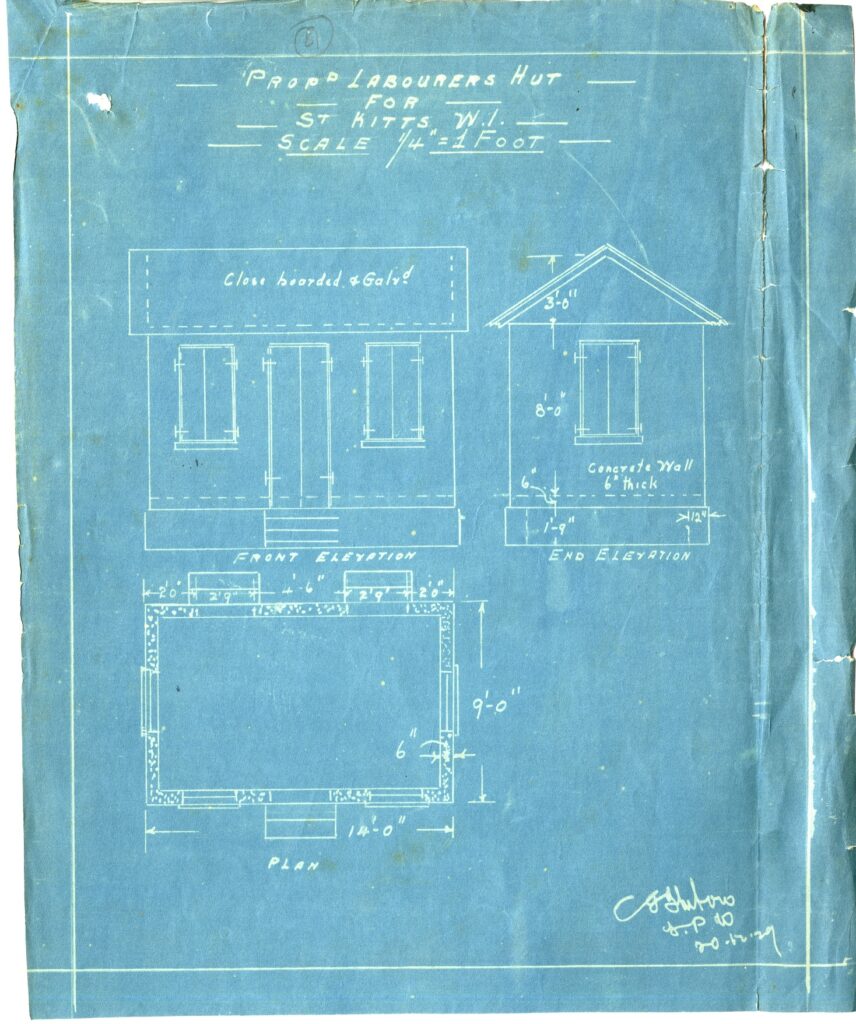