It’s election season in St. Kitts-Nevis. This is far from being a new thing but elections were not always conducted in the way they are today. As a matter of fact there was probably little or no campaigning. In 1866, from when our Poll papers date, there might have been some lobbying but then only a few men could vote or stand for election. They had to have property, more so if they wanted to be members of the Legislative Council. The constituencies were the Parishes. Votes were not by secret ballot but usually by a show of hands and a voter could vote for more than one candidate and in more than one parish, if he had property there.

The Poll papers we are sharing today show the name of the parish at the top, with the “candidates” in the first row and those who voted for them listed under their names. We chose the smaller parishes because we could include the whole document. Anguilla was also represented on the Council. As of 1825, it was administered from St. Kitts. 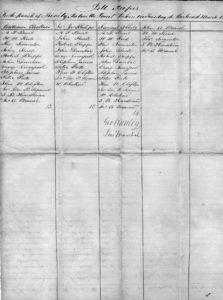 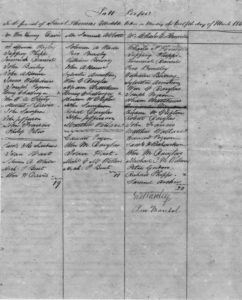 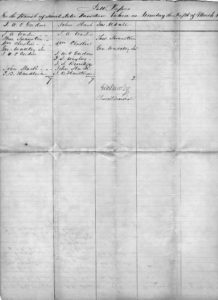 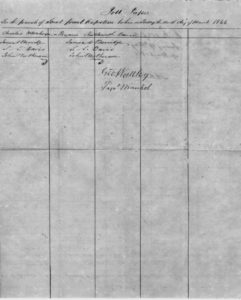 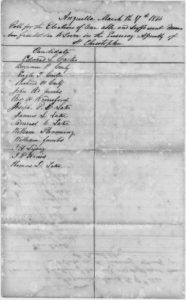 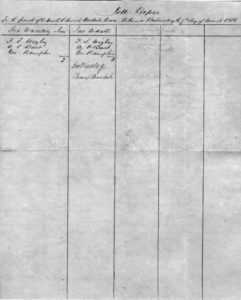