On the 4th May 1827, the Board of Governors for the school of white destitute children submitted a report to the Board of Council. They were attempting to find ways and means to deal with a larger number of children. At that point in time, the school provided boarding for some students but one of the proposals was to gradually abandon boarding and use the savings to clothe and feed more children who needed this service. They also wanted to put the principal on a fixed salary and provide a female teacher to teach needlework to girls. The members of the Board of Governors were Charles Maxwell – Governor, W Wharton Rawlins, John Woodley, Daniel Gateward Davis – Parish Priest of St. George’s, John Maillard, Nicholas Clements Henry. Robert Claxton, Stedman Rawlins and Peter Maillard.

The documents we are sharing today show what was spent on a child for a year and a breakdown of the meals fed to the children in the care of the institution. In the introduction to their report the Governors stated that they were “convinced that the instruction of children of colour and of slaves will proceed rapidly and that they cannot but be assured that it was the particular duty of the local Authorities to see that the instruction of the destitute whites at least keeps pace with that of the other classes.”

Already by this time the Moravian and Methodist missions were teaching reading to their mainly non-white congregations. Even the Anglican Church was making progress with a school at Salt Pond for the children of enslaved workers. Whilst the education provided was often rudimentary, the ability to read opened up new opportunities for children who would not have had any chance of escaping the cane fields.

By its actions the Board was recognizing two things (1) that there was another very poor class of white people and (2) that poor whites did not want their children going to school with the children of the enslaved or even of the free colored population. 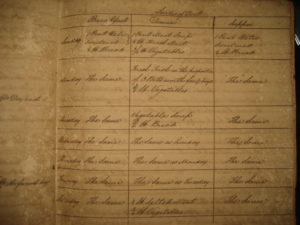