This week’s gem is the earliest published map of St. Kitts and we are fortunate to have it in the National Archives. To make it easier to send this map, we cropped its wide boarders in the image attached.

It was the work of Nicolas Sanson who has been called the father of French cartography. Modern cartography is said to have begun with the Dutch school, famous for fabulous decoration and colouring. A period of dominance by the French school of cartography followed from the 1650s which focused on essential and accurate information. This was the beginning of modern map making.

Sanson was born in December 1600 in the town of Abbeville and received his early education at the hands of the Jesuits. The young Sanson started drawing maps as part of his studies of ancient history. One of these drawings drew the attention of the French Royal court and resulted Louis XIII appointing him ‘Geographe Ordinaire du Roi’. He also worked on fortifications. One of his duties was to tutor the King in geography. He published his first major map in 1632. Besides the numerous maps of Europe, he produced maps of Asia, Africa, Canada and of course the Caribbean. 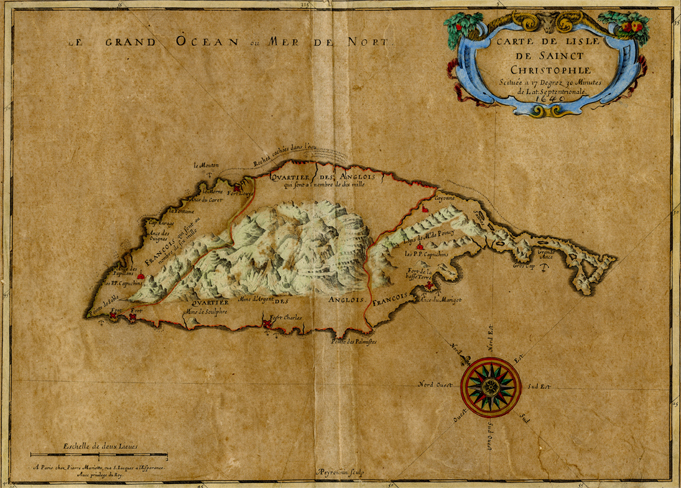