Export of cattle from Nevis

The Administrator’s files are full of interesting short stories. Many are disheartening but every once in a while, a story of success shows up. Today we came across this one in File Confidential 1811 Prohibition of Exports Vol. 4.  During the Second World War there were many concerns about scarcity of food. This resulted in exports of food stuff being prohibited. On the list were cattle as they produced beef and milk and were very useful for manuring fields. It took some time for the prohibitions to be lifted after the war ended.

In 1947 Walter Wade of Pinney’s Estate Nevis decided to do something about it. He got together with other men who kept cattle on Nevis and petitioned the Governor to allow them to export their cattle. The petition explained that there was a shortage of beef in Trinidad while Nevis had a surplus.

The Governor in Antigua communicated with the Acting Administrator H Burrows in St. Kitts that he would allow this export but wanted to know how much Wade was going to pay the owners of the cattle, the price he got for them in Trinidad, The cost of transport and losses in transit. The information was duly collected and submitted to the Administrator and showed that Wade had made a decent profit.

The letter of the Veterinarian A V Hall, highlighted that there was the possibility of a small but lucrative industry in Nevis that had to be managed. He wrote, “I have never subscribed to the suggestion – implied or expressed – that the Nevis livestock owner should be, in effect, penalized so as to ensure an adequate meat supply in this presidency or in the colony. The Nevis livestock industry, unorganized and primitive though it be, is a factor of real significance in the economic life of that island.”

Wade’s story shows that asking questions politely is a good things. It also helps to have support. On the other hand this story  shows another disadvantage that the non-combatant population may suffer during a war. 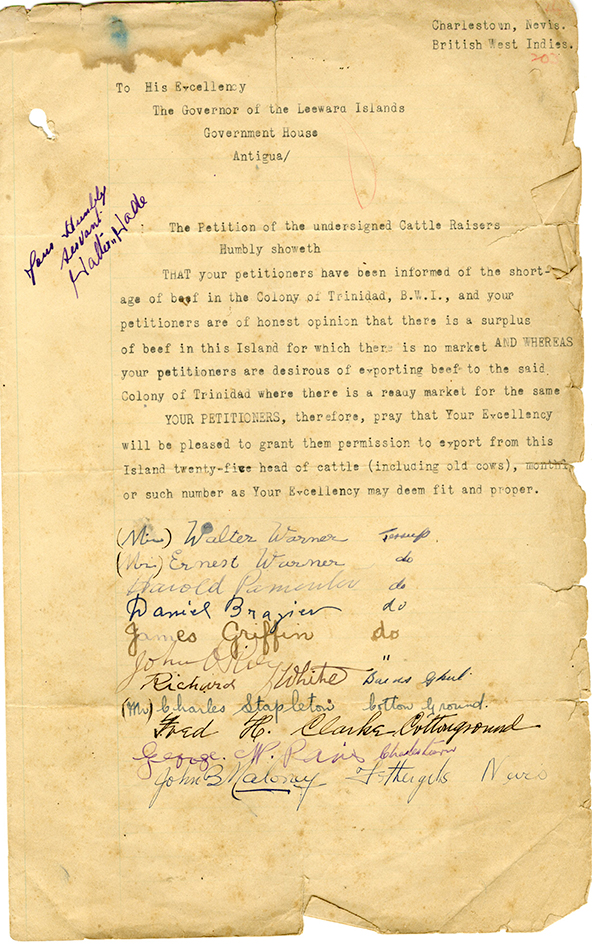 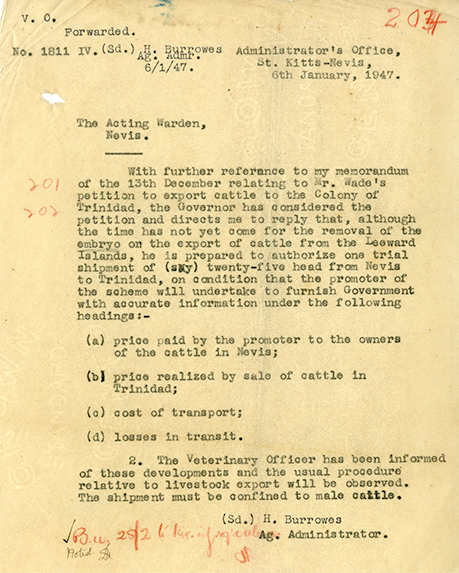 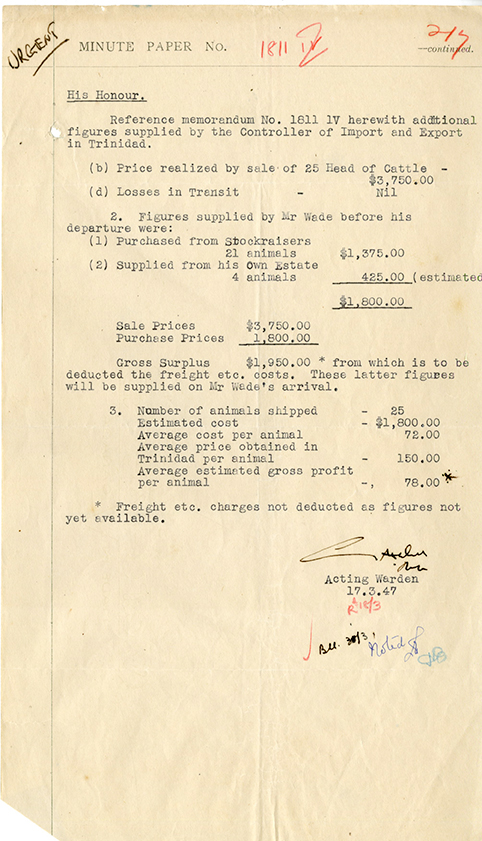 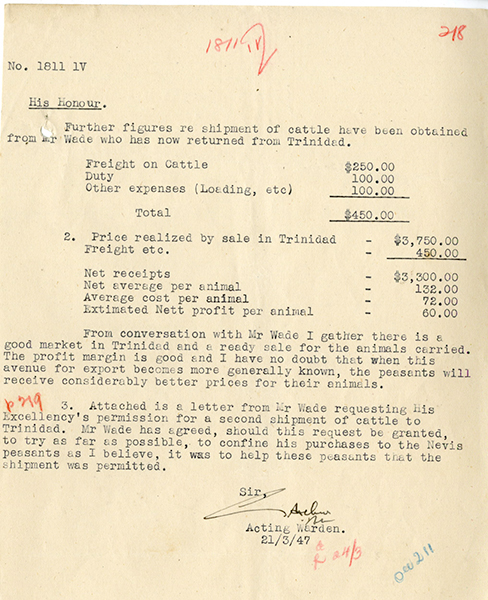 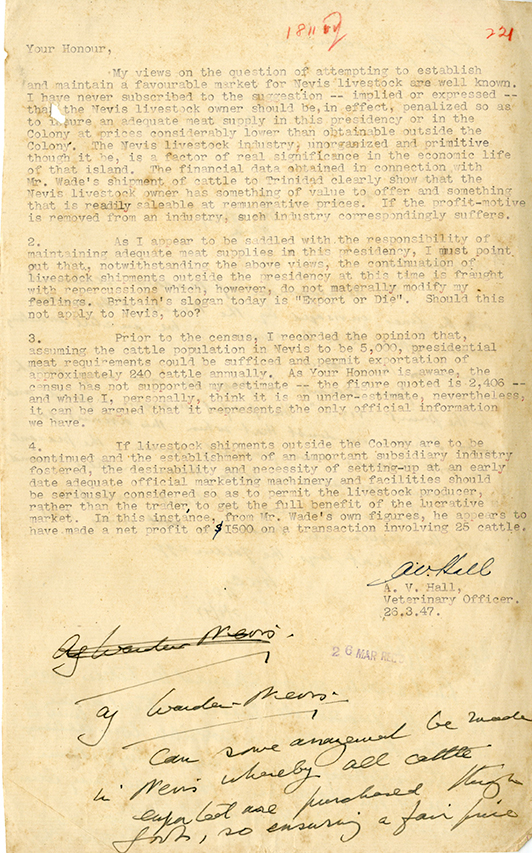