By 1914, there was a small number of persons from Lebanon living in St. Kitts.  The Colonial administration referred to them as Syrians.  They had come to the Caribbean to escape the turmoil in the Middle East and the hope of starting a better life.   They were in fact citizens of the Ottoman Empire also sometimes referred to as Turkish Empire.  When war broke out in 1914, the Ottoman Empire became an ally of Germany.  This made the Colonial authorities in the Caribbean uneasy about the presence of the Lebanese community in the Caribbean.

On the 9th Nov 1914, The Inspector of Police, William Wilders received instructions that he was to create a register of all Syrian persons living on the island.  It was to contain their names, addresses, age, place of birth, and occupation.  He was also to inform them that they were “forbidden to leave the island or to go outside the town of Basseterre.  They should be rounded up each day and a careful watch kept on their actions.”  The same was to happen in Nevis but Wilders reported that at the time there were no Syrians there.  Today we are sharing the telegram from the Secretary of State and the names of those Lebanese who were resident here in 1914

Administrator McNaughten realized that the situation was probably being blown out of proportion but he adopted a better-safe –than-sorry attitude. He wrote, “I am not certain how far the word detained in the telegraph from the S of S is to apply.  I cannot think that these very peaceable people who really are very much more attached to King George than they are to the Turkish Government are to be imprisoned or prevented from going about their usual avocations.  But they must be seen every day – every one of them who is not a child at least by a Police or Defence force officer and their proceedings completely opened.  Their letters, telegrams will of course be subject to being censored and with this precaution and constant surveillance I think we may be satisfied that no mischief will be done. They may go to Nevis with a pass from you which they must show to the police in Nevis.    The latter must keep track of they and they must report themselves at the station or some station daily.” 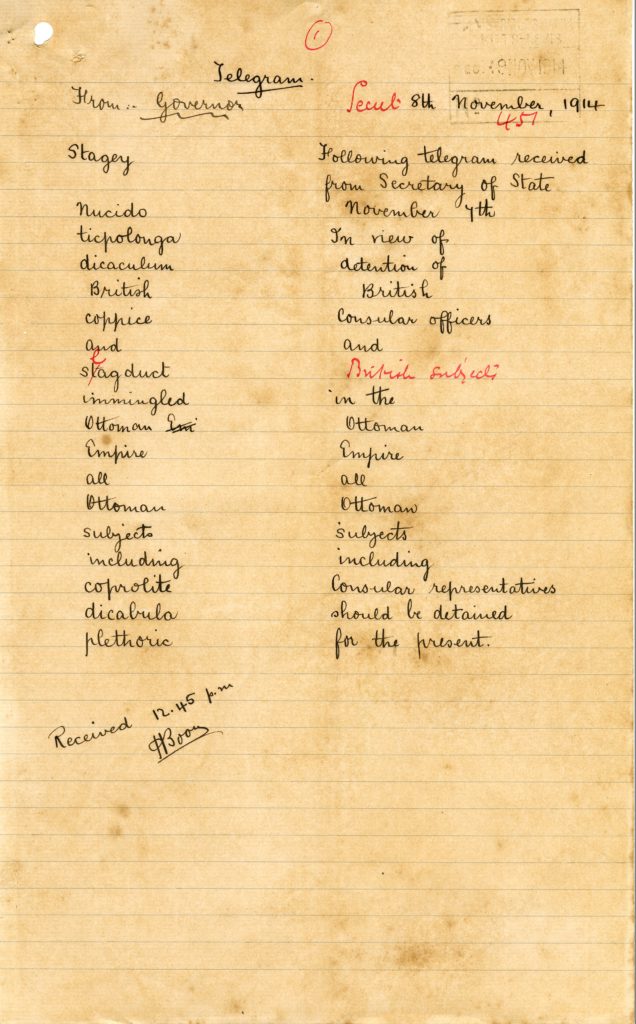 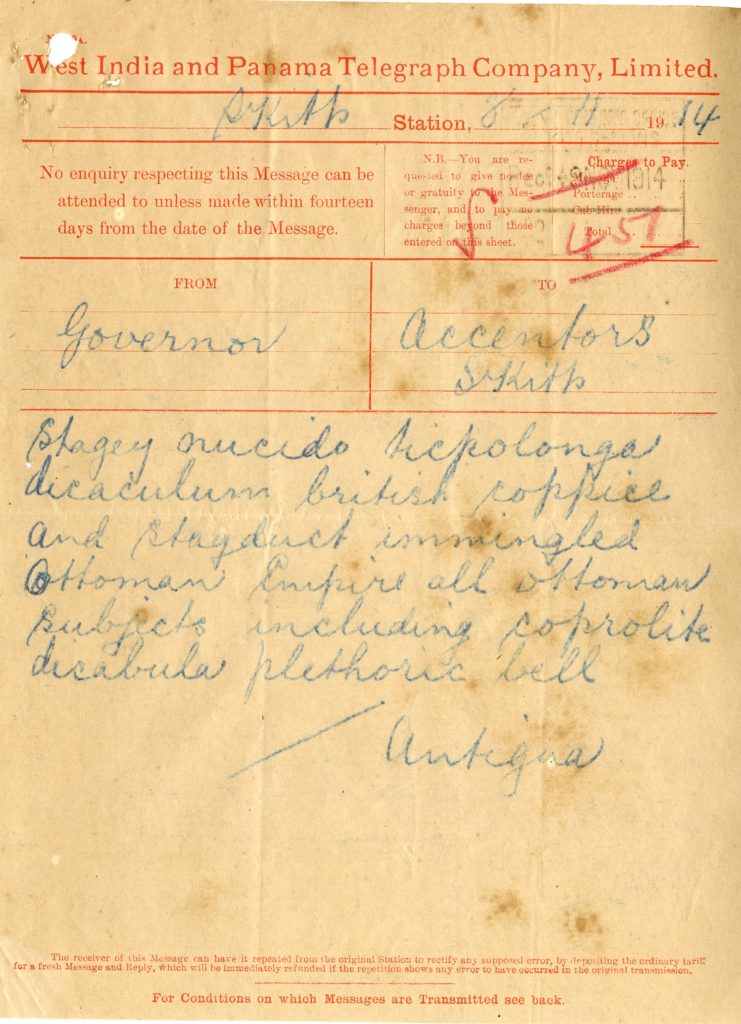