Recruitment of Agricultural Labourers for UBA

On the 2nd January 1935 Joseph Nathan wrote to the Workers League informing them that the Universal Benevolent Association (the UBA) better known as the Union was going to organize the Agricultural Labourers. In many ways this was a very sad letter.

The UBA which had been formed in 1916, had attempted to organize labourers all over St. Kitts and Nevis.  Its effort had met with some initial success especially among the waterfront workers whose wages had seen a small improvement. However rumors were spread that the officers of the organization were planning on fleecing the membership resulting in a steady decline in numbers and a reluctance to join. By 1935, Nathan, the Union’s secretary was still working at recruitment while J M Sebastian, the Union’s President, was devoting his energy to the Union Messenger, a newspaper which he originally started on behalf of the UBA

In 1932, the Workers League was formed as a political organization promoting the idea of representation within the Council. Its membership was open to all classes of workers and included Thomas Manchester, a planter and merchant, his cousin Edgar Challenger, a merchant and several men like John Harney and W A H Seaton who worked for commercial enterprises in Basseterre. All were highly respected men in the community. Nathan and Sebastian were also members which may explain why Nathan felt it necessary to explain his intentions. It is obvious he was trying to avoid a conflict of interest.

The letter however emphasized the weakness of the UBA and shows it as needing to affirm its relevance in a last-ditch effort to survive. It was almost as though Nathan was trying to start afresh, in a sector that he hoped would be exclusively left to the UBA.  The hand-written copy of the reply, that was placed on file, showed that this was not going to be an easy task. The Workers’ League was willing to accept all workers including those in the agricultural sector. The differentiation of the roles of both organisations was not made.  Perhaps, at that point in time, it was not even clear in the minds of the founders. 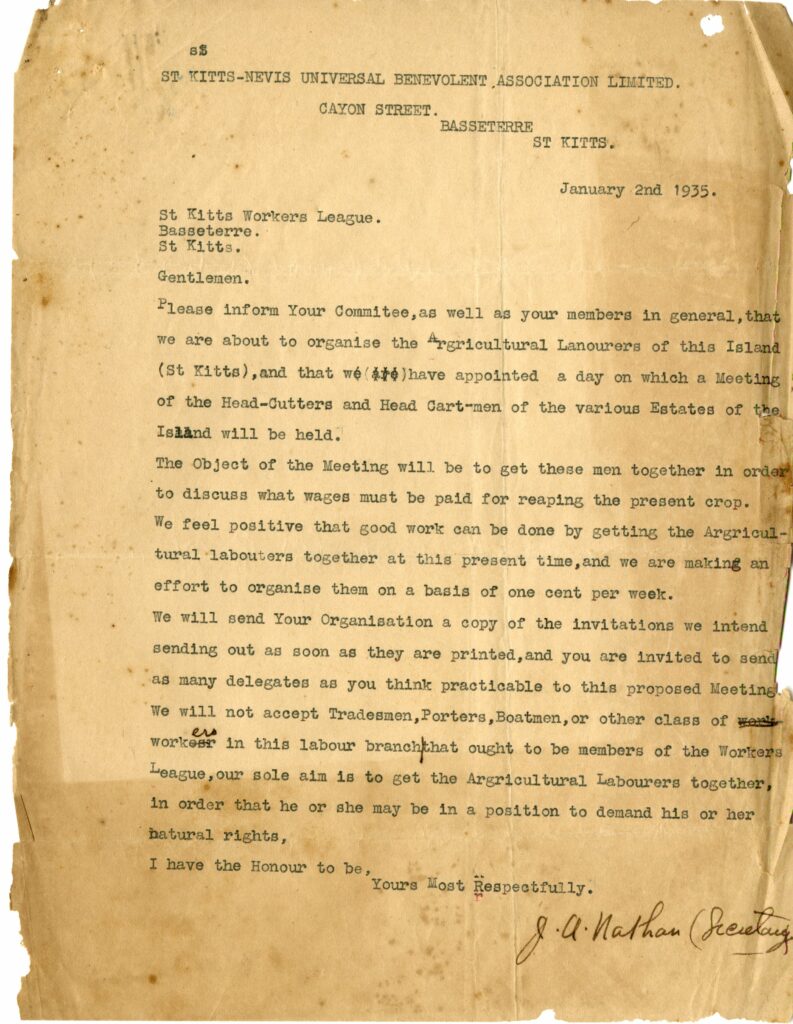 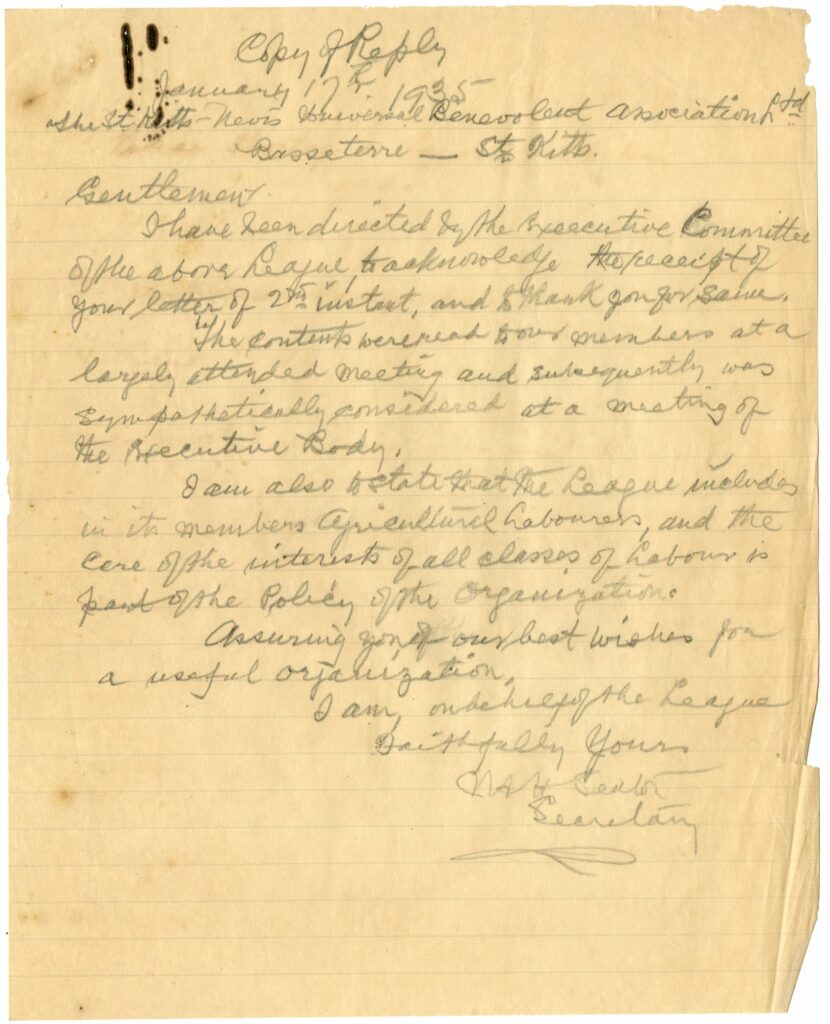