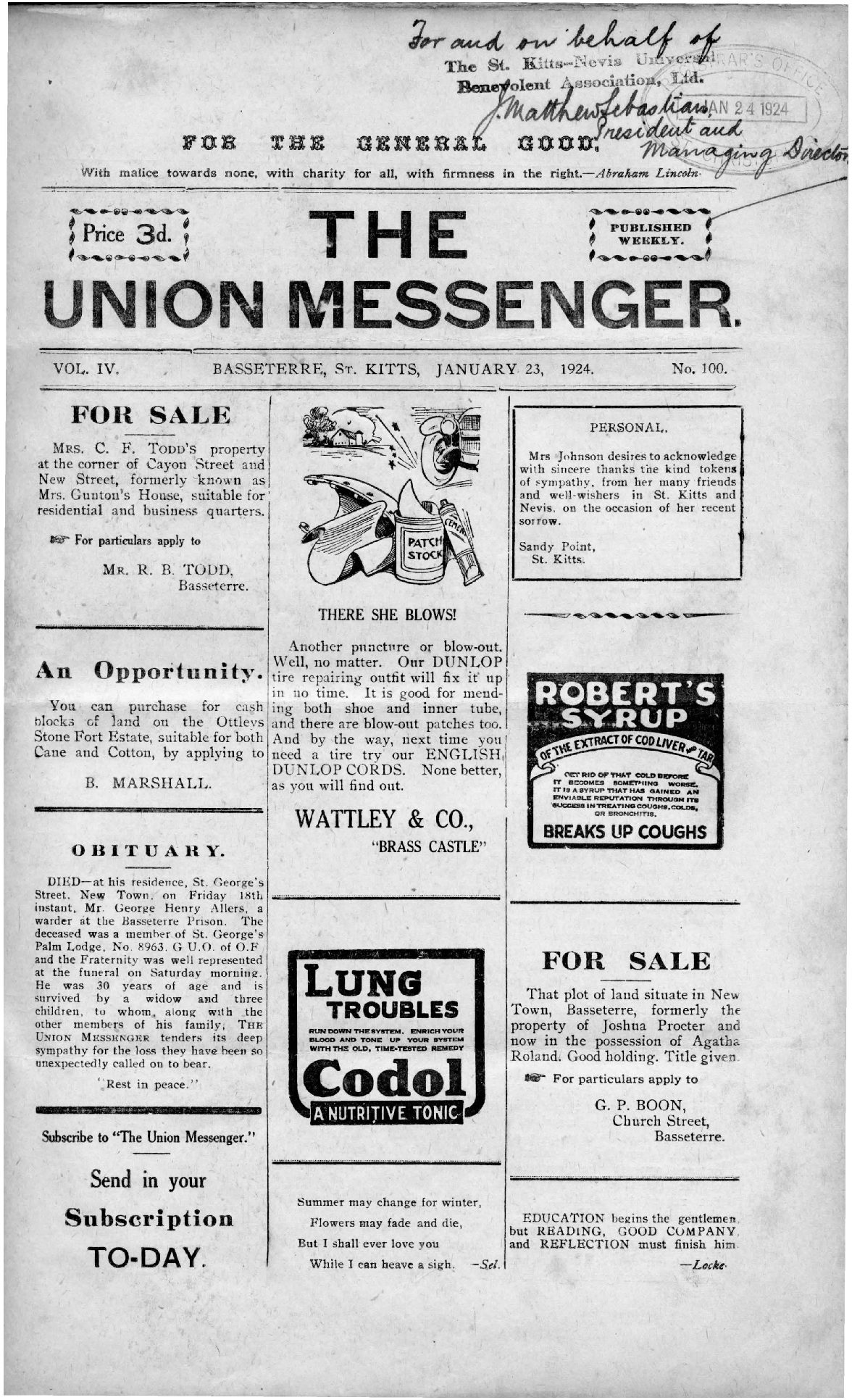 June is child month in St. Kitts-Nevis so our gems this month have mostly been related to children.   Today we share another issue (23 January 1924) of The Union Messenger because it highlights the education of girls. While academically inclined boys could aspire to go to the Grammar school, girls had no chance of furthering their education locally.  As the editorial states some people could send their daughters to Antigua or Barbados but for the vast majority this was not feasible.  For the editor, J. Matthew Sebastian this must have been a bitter pill to swallow having fathered five daughters.  The article shows how much the Executive Council could be out of tune with the needs and ambitions of the community.

The Taxpayers Association was formed in 1921.  Its membership consisted of professional and business people who were concerned about the way government was spending the money it collected in taxes.  Their main goal was that their social group should have a say in government.  While they were often critical of spending decisions in government, they felt strongly enough to ask that the education of their daughters be upgraded.