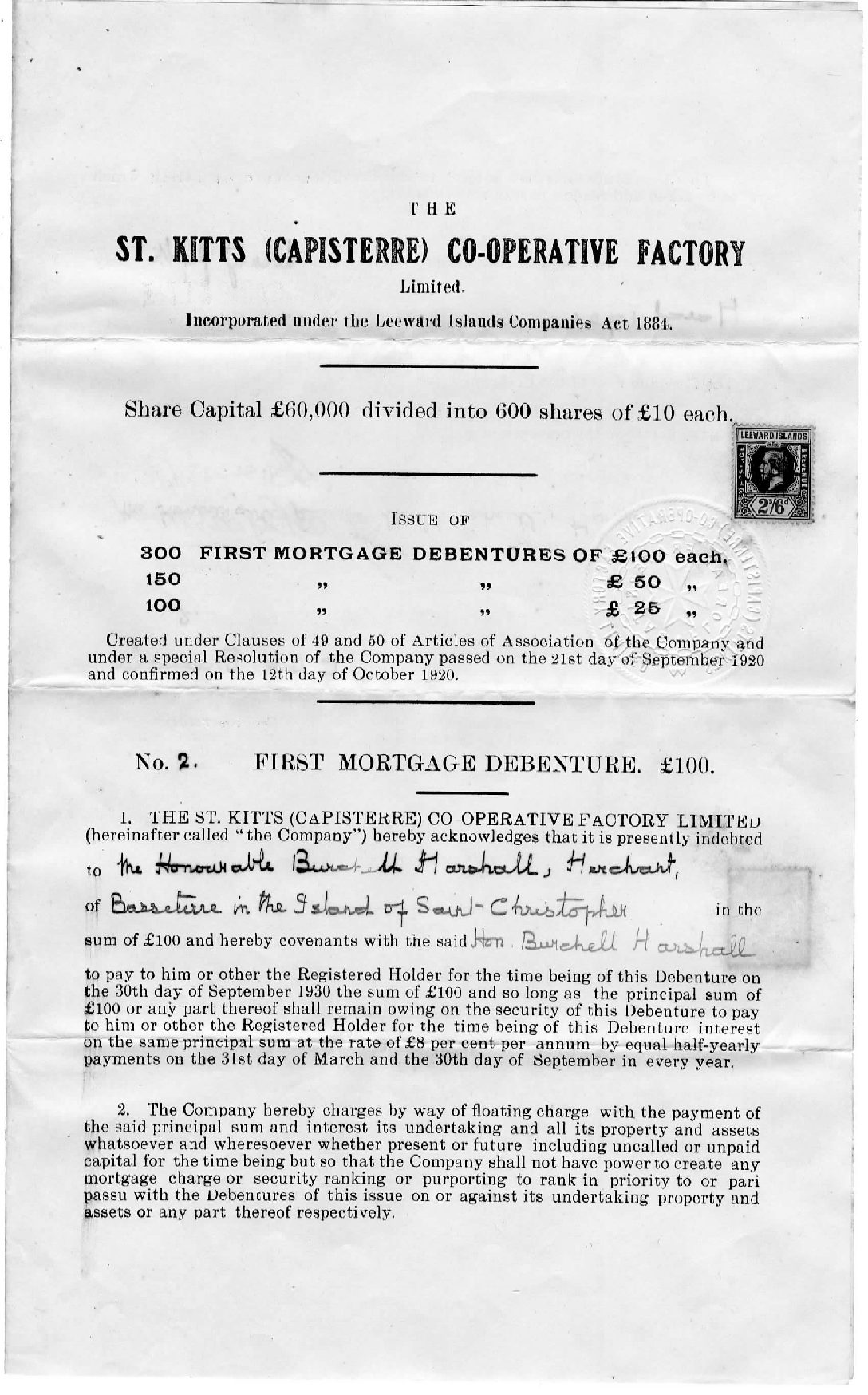 Long before the Basseterre Sugar Factory was built in 1912. The man who would become its first General Manager, George Moody Stuart had suggested that a factory should be built at the northern end of St.  Kitts.  He saw this as a way to aid the development of the area between Sandy Point and Dieppe Bay.  There was support for this idea at first but at the last minute a number of estates withdrew  from the plan.  When the factory at Kittstoddarts was built, attempts were made to link the northern district to it by boat and then by rail.

In September 1919, the New York firm of F C Lothi and Co revived the proposal but once again the scheme did not materialize as the company could not float enough capital to erect the factory.

In 1920, C W WBerridge who had come from Barbados to serve as a magistrate tried again.  Soon after his arrival, he had acquired Brotherson’s and he decided the estate could be the location of the factory with shipping to take place in the vicinity as well.  It was immediately pointed out to him that a Magistrate could not promote private companies.  Berridge believed in the enterprise so much that he resigned his post.

The new company, The St. Kitts Capisterre Co-operative Sugar Factory,  was registered in the Leeward Islands with a nominal capital of £60,000 and was to be owned by owners of estates contracting for the supply of cane.  Its factory was to produce 5000 tons annually produced by a 14-roler-mill made by Mirrlees of Glasgow .

On the 15th September 1920 the company invited applications for the issue of £40,000 in debentures under the provisions of its articles of association to raise the required funds to build its factory and railway.  Subscribers included Burchel Marshall, (see document) J D Cardin, Virginia Ryan, Edwin Dinzey, Stedman Moir, Marjorie Clegg, Elizabeth Dias and members of the Manchester, Branch, Dobridge, Matheson and Yearwood families.  Despite the support, the company was in liquidation.

And here is the paradox.  The National Archives has the records produced by a factory which did not materialize.  However the records of the factory on which the island’s economy depended for almost 100 years cannot be safely housed in the space allotted for archives!