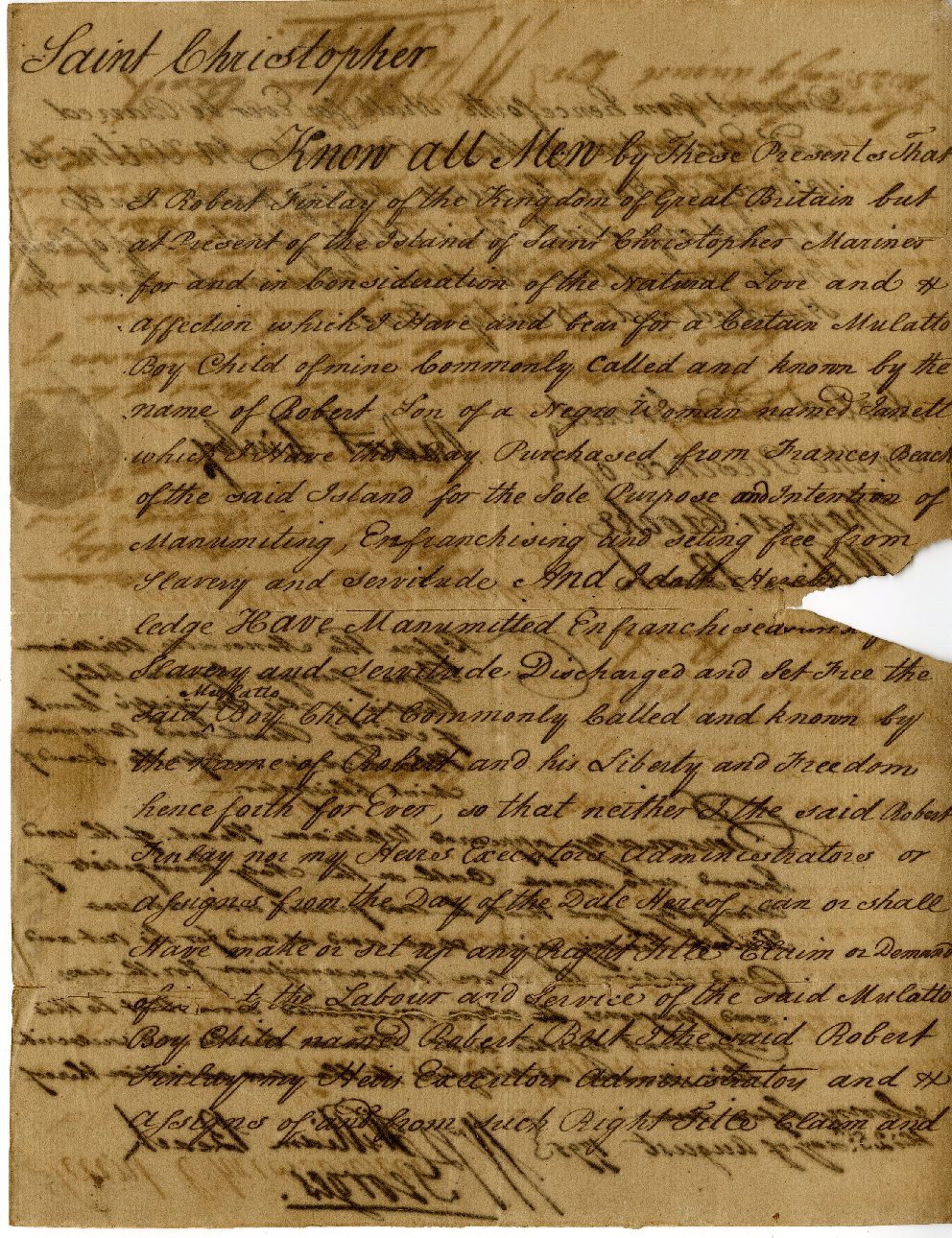 In the presence of

A manumission was an official document that freed an enslave person.  Often it involved the purchase of freedom  but sometimes it was drawn up as a reward to an enslaved person, or as in this case, to free a relative.

In the Anglophone Caribbean children took the status of their mother which meant that if she was enslaved, they were too.  Men who had children with enslaved women tried from time to time to free them.  This did not happen all the time and the registers of slaves had numerous enslaved workers described as mulatto or mestee.   A mulatto was the child of a black mother and a white father,  and a mestee was the child of a mulatto woman and a white father.

Although the enslaved had ways of making money, they did not always opt to use it to manumit themselves.  The life of a freed enslaved worker was far from secure.  There were those who preferred the “security” of the enslaver’s household which also involved the provision of food, shelter and clothing to the uncertainties of life as a free agent.  In cases where they felt unhappy, they might even have asked for permission to find a new owner.   Besides the insecurities of making a living there was also the threat of re-enslavement.